Since November 2021, small caps have lived up to their reputation as heart-breakers, with the Russell 2000 and Russell 2000 Growth indexes losing -17% and -25%, respectively.

Investment professionals, to learn more about small caps, subscribe to our monthly Small Cap Market Snapshot. For specifics on where CTSIX is finding the opportunities, reach out to your Calamos Investment Consultant at 888-571-2567 or caminfo@calamos.com. 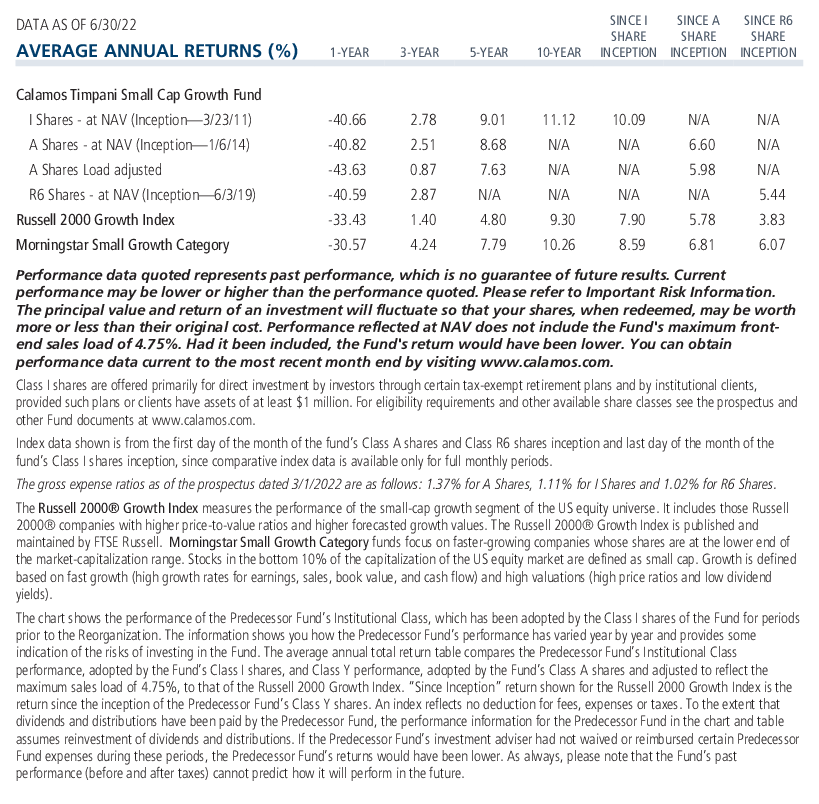