In this post, we continue with our series on how economic reforms support investment opportunity in emerging markets, focusing on the Philippines. (Read our previous posts on India, Indonesia, and Thailand.)

Over recent years, the Philippines has launched a variety of economic reforms that have helped put the country on a path of stronger growth and lower inflation, with balance sheet and income statement improvements. Income inequality is also easing, leading to increased consumption, including a notable upswing in auto sales. Additionally, the country has done a good job of cleansing corruption in the system and building a more sustainable foundation for policy implementation and economic growth.

Supported by these reforms, the Philippines has seen a material growth in its level of economic freedoms, as illustrated by data from the Heritage Foundation (Figure 1). While the overall Economic Freedom Score for the world has remained generally flat, the Philippines has shown considerable improvement over recent years, with a rise of 8 points since 2011. 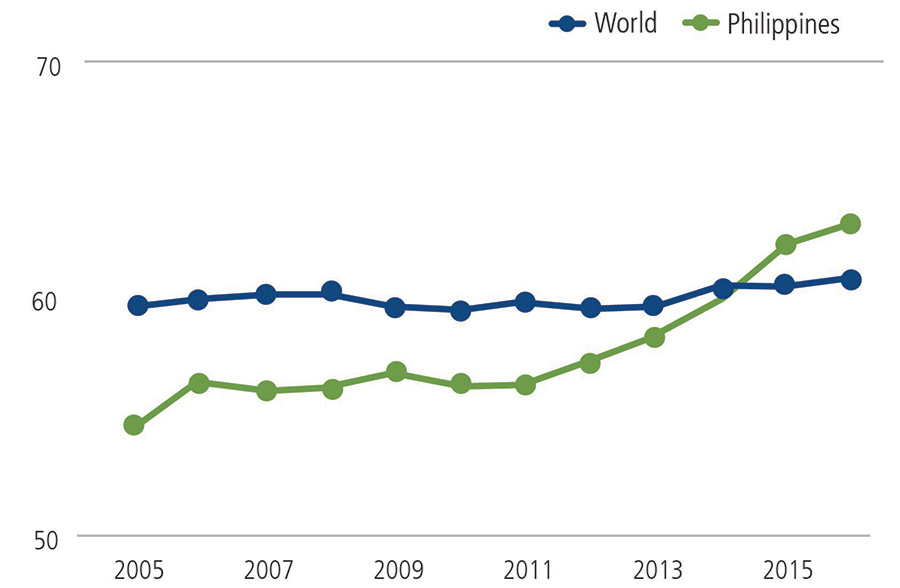 In the wake of President Rodrigo Duterte’s election in May, our team has been closely watching the trajectory of economic reforms in the Philippines. So far, the current administration seems to be doing a good job continuing economic reform polices established under the previous Aquino administration, while also introducing new reforms as well. Economic and political sentiment measures have remained on the upswing through the second quarter (Figure 2), and the election has been a positive catalyst for consumer spending.

Figure 2. Positive Economic and Political Indicators in the Philippines

With a generally strong cabinet of advisors and support in both houses of parliament, the government looks well positioned to implement further reforms and policies to promote economic growth. The administration has pledged to accelerate government spending on infrastructure to 5% of GDP. Other agenda items include lowering restrictions of foreign ownership of businesses, which should encourage more capital flows into the market. A tax reform package is also in the works, which is likely to support the trend of improving tax collections over recent years (Figure 3). By streamlining taxation, the government hopes to further improve tax collections and help fund infrastructure spending. 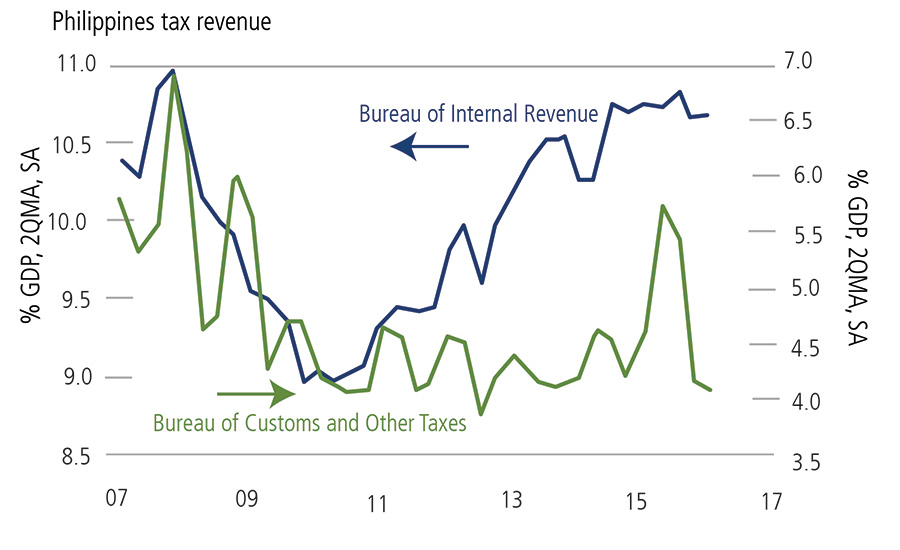 In our view, these developments suggest that the Philippines could well be approaching a positive inflection point in its economic growth trajectory. As we have discussed (link to India post), we see considerable long-term value in investing alongside these inflection points. In the Philippines, our team has identified opportunities that include:

Conclusion
In any economy, political change can either upend or improve economic growth prospects. In the case of the Philippines, economic progress looks set to continue under the new administration. With a broad set of economic reforms and stimulus policies underway, the Philippines remains one of the emerging markets we’re following with great interest.