Where Has All the Debt Gone?

Does the world still have a problem with debt? The common conviction among investors is that “too much debt” is why we face a future of secular stagnation. And yet, seven years after the Great Financial Crisis, is it time to move on from these fears?

Balance sheet analysis can be complicated and one complication is the relevant context for judging “too much debt.” For example, should we compare debt to assets, net worth, or income? Or should we focus on the carrying cost of debt such as interest expense relative to income?

The good news is that regardless of the approach, U.S. households (consumers) and the U.S. business sector appear in respectable shape. Figure 1a and 1b suggest that the U.S. private sector no longer faces a headwind from excessive levels of indebtedness. To quote Ray Dalio, the private sector has “beautifully de-leveraged” * from both a consumer and business perspective. 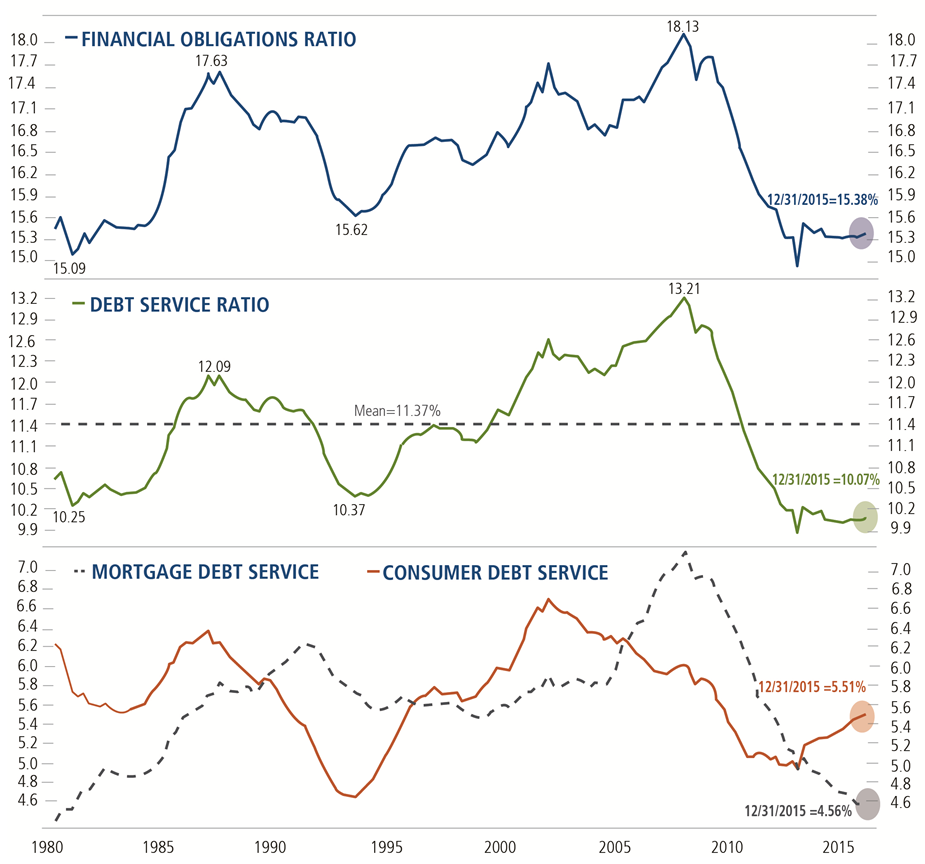 On the other hand, government debt appears very high, in part because the unsustainable indebtedness of 2008 was transferred from the private to the government sector where it could be more easily sustained with lower interest rates and longer maturities. Figure 2 highlights that U.S. Federal debt remains unusually high relative to GDP, although the cost of servicing this debt is near generational lows, at about 13% of U.S. tax revenues.

Practically speaking, government debt that is held by the central banks has disappeared and been replaced with cash or currency in circulation. The long-term implications of this are unknown and bear monitoring. But for governments, the immediate attraction is simple: Currency in my wallet does not pay interest and has no maturity date. In effect, government debt has been monetized by the central bank’s willingness to “print money.”

This implies that we should adjust our analysis of government debt to focus on the debt that is actually held by the private sector rather than held by the central bank. When we do this, we see a different picture. As Figure 3 highlights, true debt-to-GDP levels of the major governments have stabilized and in some instances declined in recent years. 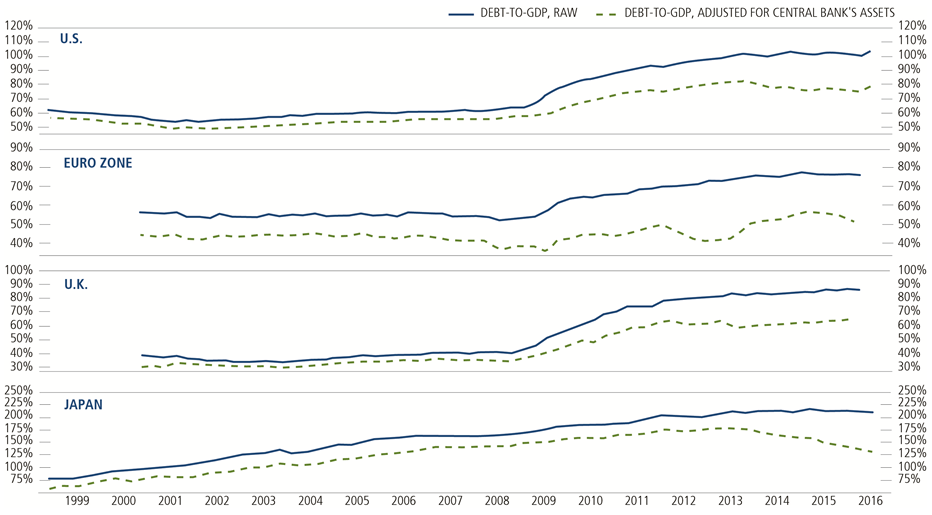 When this adjusted perspective is combined with today’s low interest rates, one conclusion is that concerns over government debt levels are entirely political rather than economic. From an economic viewpoint, the debt has never been easier to service. In Europe’s case and assuming the European Central Bank fulfills its QE promises, the euro zone’s adjusted debt levels will soon decline to 40% of GDP—hardly a level of concern!

What is the implication for equities?

The major debate today is the speed and sustainability of the economic expansion. This analysis suggests that debt fears should be less of that debate—it is time to move on. The developed economies are gradually completing their great deleveraging and $8 trillion dollars of debt has effectively disappeared.