Previously, I discussed how economic reforms were contributing to an increasingly favorable top-down view of Mexico. Fast forward eight months, and we remain bullish on Mexico for several reasons. Most importantly, President Enrique Peña Nieto has continued to advance the "Pact for Mexico," with a broad reform agenda that has touched the energy, financials, public, and educational sectors. Additionally, we believe Mexico’s strong ties to an improving U.S. economy can also provide economic tailwinds to companies in a range of sectors.

As I recently discussed in Barron's (August 23, 2014), we're seeing better property-right protection for creditors and improved transparency. Other promising reforms are focused on reduced judicial process and a closing of loopholes that discouraged foreign investment. Energy sector reforms also continue to progress. Expectations are that Mexico’s state-owned petroleum company proceeds with its first farm-out agreements early next year and that round one, which will permit private company bidding, begins in mid-2015. Meanwhile, regulations in the financials sector should improve competition—for example, by fostering increased mobility of deposits and loan choices, improving access to credit information, as well as by eliminating bundled financial products and services. In a further demonstration of the government’s commitment to transparency, nominations or dismissals for the boards of state-owned enterprises must now receive approval from two-thirds of the country’s senate.

We believe reform policies have the potential to add more than 200 basis points annually to GDP growth by 2018. Energy and financial reforms should have the most immediate impact, likely felt beginning in 2015 and more fully in 2016, while telecom and fiscal reforms are also expected to provide a tailwind to economic growth. Education sector reforms designed to root out corruption and improve accountability have proven more challenging to implement, but should provide longer-term economic benefits to the Mexican economy.

The most difficult aspect of investing in Mexico today is balancing the optimism about future growth prospects with the subdued growth environment that currently exists. Reflecting these crosscurrents, we have focused on identifying companies that are not only tied to the long-term potential of the Mexican reform story but that also benefit from near-term catalysts and reasonable valuations.

For example, this dual focus has led us to a materials company positioned to capitalize on domestic infrastructure investments (the long-term potential) that is reaping balance sheet improvements from strong ties to the U.S. economy and housing market (the near-term catalysts). Similarly, there are a number of financial companies that we believe can leverage reforms, including one that can benefit from an expected ramp-up in investment spending in the years to come but in the interim has expanded its domestic consumer base and implemented efficiency programs (near-term growth catalysts). Within financials, we also have identified opportunities in real estate, an industry benefiting from a stable and improving economy, low rates, and attractive affordability levels compared to other global and regional markets.

Although we believe reforms in the energy sector are further along than those in other sectors, there are fewer direct investment opportunities, given the sector’s high level of nationalization. As a result, we have instead sought global companies that stand to profit from increased demand from Mexico for their products and services, such as large oil and service providers.

Year to date, the emerging market rally has been led by optimism for change via election cycles and/or reforms in several countries (India, Indonesia, Brazil, China) and has been less dependent on near-term fundamentals and growth. As we look forward, we believe the market will shift its focus to countries that have successfully implemented reforms and to companies that are directly benefiting from the improvement in economic growth and sustainability. While Mexico has lagged the broader emerging markets year to date, we’d expect investor interest to return as economic growth accelerates during the second half of 2014 and more significantly in 2015 and beyond, as the impact of these reforms is felt more fully. 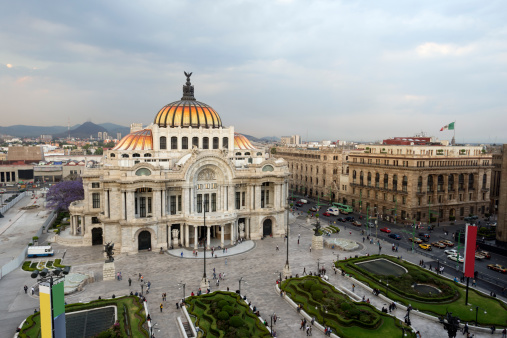