John Koudounis joined Calamos Investments as Chief Executive Officer in 2016. He became the firm’s first designated CEO hired by Founder John Calamos, Sr., as part of Calamos’ succession plan. Serving as a driving force behind improving strategic initiatives, Mr. Koudounis plays a critical role in delivering innovative solutions to business development and expanding product breadth for the firm’s global base of clients. Under his leadership, firm profitability and AUM growth have increased substantially.

Mr. Koudounis has 33 years of financial services experience including executive leadership in the global securities business and a deep background in global capital markets. Most recently, he served as President and Chief Executive Officer of Mizuho Securities USA, Inc. (MSUSA), a subsidiary of Mizuho Financial Group, one of the world’s largest full-service financial institutions. During his tenure at Mizuho Securities, he built the firm into a full-service investment bank, expanding its debt and equity capital markets teams. Because of his leadership, the firm also grew in profitability, number of clients, and product diversification, allowing Mizuho to be considered globally as a top tier investment bank. Prior to joining MSUSA in 2008, he was Managing Director and Head of Fixed Income for ABN AMRO Americas where he played a critical role in that firm’s successful growth.

In addition to his executive career, Mr. Koudounis upholds a dedication to philanthropy through various board positions and community outreach. He is the Founder of the Chicago CEO COVID-19 Coalition, an organization he created in 2020 during the pandemic to provide COVID-19 relief and recovery for the city and bring Chicago’s business leaders together in a time of need. This initiative focused on four critical areas in COVID recovery: food, shelter/homelessness, counseling services, and PPE. The Coalition distributed over $1.5 million in proceeds from its successful telethon.

Mr. Koudounis is a member of the Leadership Council at Concordia and the prestigious Bretton Woods Committee. He is a member of the board of trustees of World Business Chicago and the National Hellenic Museum, a patron of the Prince’s Trust International, and an executive advisory board member for the SEAL Future Foundation. He is a founding board member and executive committee member of The Hellenic Initiative, a non-profit, non-governmental organization with the aim of supporting Greece and Cyprus in the aftermath of the financial crisis by helping to foster entrepreneurship in both countries. He is also a member of Leadership 100 and the President of the Metropolis of Chicago Foundation. In October 2016 he was inducted as an Archon of the Ecumenical Patriarchate in the Order of St. Andrew, the highest honor bestowed on a layman by the Orthodox Church, as well as serving on the board of the National Council of the Order of Saint Andrew the Apostle. Additionally, he serves on the board and as Chairman of the Investment Committee of the Ecumenical Patriarch Bartholomew Foundation.

He graduated from Brown University with a degree in International Diplomacy & Foreign Affairs and Economics. 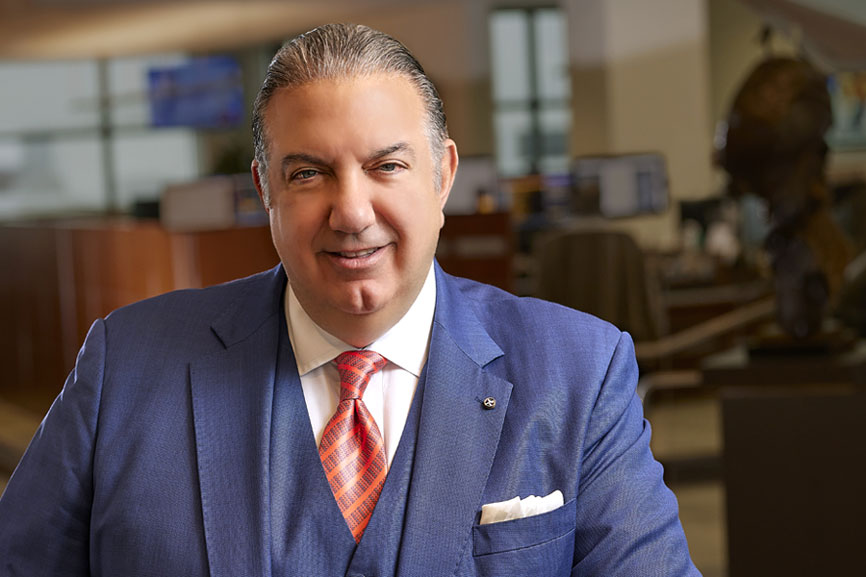