Another Bear Market Rally or the Start of the Next Bull?

The global equity rally that emerged forcefully in mid-February has been decried by some as the unnatural outcome of short covering and excessive bearishness.

Of course, this may be true. But most major bottoms in equities start in such a fashion that the upturn in corporate fundamentals is rarely visible at turning points. To be fair, there has been progress on many issues that unsettled investors in January including greater clarity regarding euro zone monetary policy, Chinese currency stability and the Fed’s pace of future rate hikes.

But investors remain deeply skeptical, with many convinced that the U.S. economy stands on the precipice of recession. This conclusion starts with the global recession that is evident across many manufacturing industries, of which energy and commodities are the most notable. The U.S. economy has remained resilient through much of this, partly because the U.S. consumer is benefiting from healthy employment markets and the substantial drop in oil prices.

But now, the question on the mind of many is whether the manufacturing sector will pull the U.S. consumer into recession or, having bottomed, will the sector recover along with the major economies into 2017?

Part of the answer may lie in the latest regional PMI releases, which have been striking. The PMIs, or Purchasing Manager Indices, are coincident reflections of what is happening across U.S. manufacturing. And in March, these releases witnessed meaningful upside surprise. In my experience, the biggest surprises for these releases tend to occur at inflection points.

As the charts below highlight, the Empire State Manufacturing Survey, the Philly Fed Business Outlook Survey and the Richmond Fed Survey have all moved back into expansion territory. 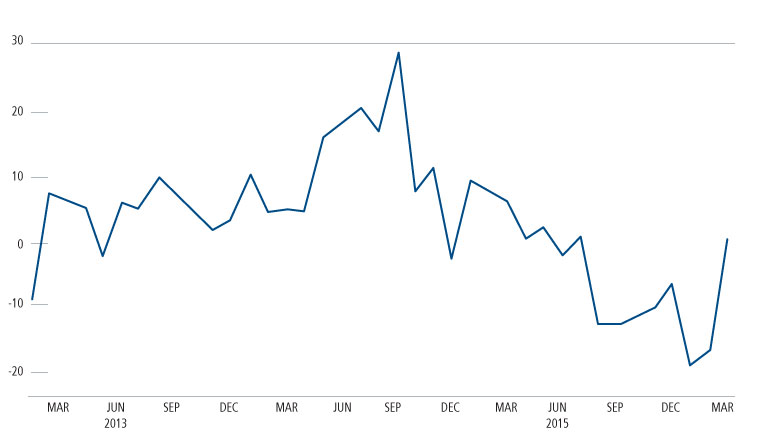 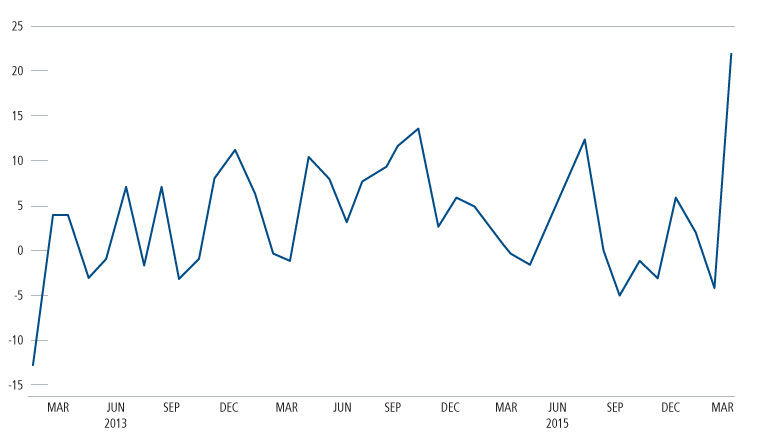 On April 1, we will get more insight into the state of economic activity with the release of the U.S. payroll reports, the ISM Index and the Global PMI reports. If these highlight further upside momentum, I believe investors should give the U.S. equity market the benefit of the doubt. In other words, this bull move could last much longer than anticipated, as global GDP finally improves through the latter half of 2016.