The smaller the company, the better the performer.

While that hasn’t been true for years, here’s some fresh data we believe suggests that a reversion to mean is underway. The Russell 1000 has had a strong run in the last three months with a 32% return (see chart below). But that fell short of the Russell 2000’s 44% gain.

Through June 19, small cap performance in June was similar to large caps, but the microcaps continued to work well, especially microcap growth. 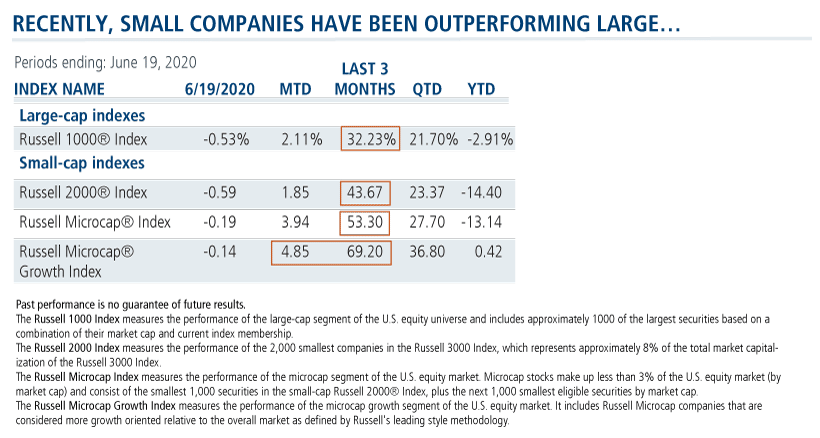 This short-term trend is reversing what’s been true of the last several years—when the smaller the company, the greater the magnitude of underperformance. 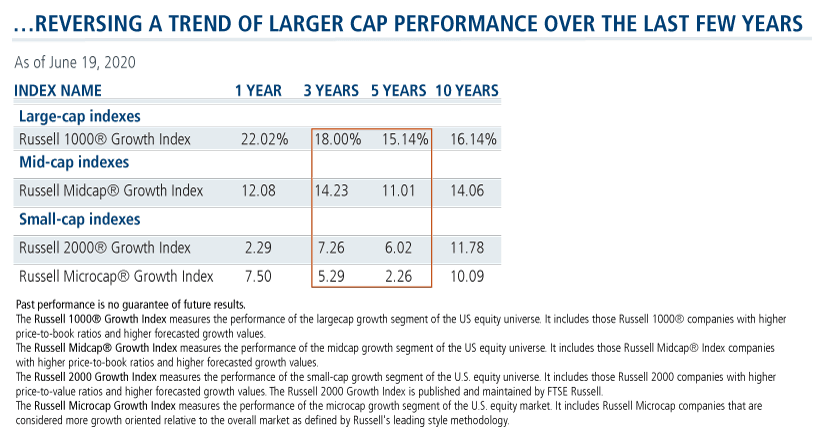 And, it’s consistent with the start of a market rotation that Calamos Senior Portfolio Manager Brandon Nelson has been on the lookout for.

Nelson is expecting small caps to perform what has been their historical role: to lead the market out of recession. The first 12 months of a new bull market following an economic downturn have historically involved significant outperformance by small caps. (See this April post.) While acknowledging the recent microcap rally, Nelson believes further mean reversion is possible.

To be sure, this recent outperformance by “the smallest of the small” has been a tailwind on an absolute and relative basis for the Calamos Timpani Small Cap Growth Fund (CTSIX). At the end of May, microcaps represented more than 21% of the CTSIX portfolio versus the Russell 2000 Growth’s 14.5%. The team’s internal attribution analysis confirms that the microcaps have generated significant outperformance relative to the index, Nelson says.

But he describes the macro size tailwind as “just an additional layer of strength.” Even in recent weeks, he says, the team’s stock selection—independent of company size—has been the bigger driver of returns.

“In other words,” he says, “we haven't needed small caps and microcaps to win for the fund to win on a relative basis. Before small caps started to lead, we’ve been successful at finding company-specific winning situations that added value.” (See How CTSIX’s Active Management Provided a 776bps Advantage in a Deep Down Quarter for Small Cap Growth.)

Nelson continues to refer to the low asset size of the fund as an advantage relative to its peers. For CTSIX, its size has afforded a nimbleness that’s enabled the team to explore names further down the market cap spectrum where they find security pricing less efficient. At the same time, the fund has remained faithful to its Small Cap Growth style.

This is in contrast to larger funds that, in part due to liquidity restrictions, have drifted toward mid-cap companies as they’ve grown in recent years. “If the market continues to favor the small, such a mid-cap tilt could have performance implications,” Nelson says.

Investment professionals, for more about small cap growth or CTSIX, contact your Calamos Investment Consultant at 888-571-2567 or caminfo@calamos.com. 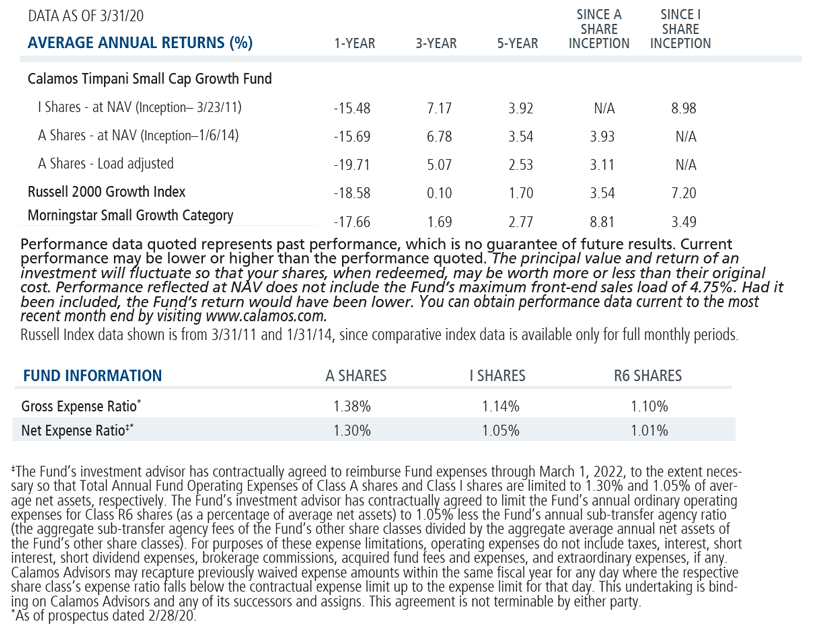 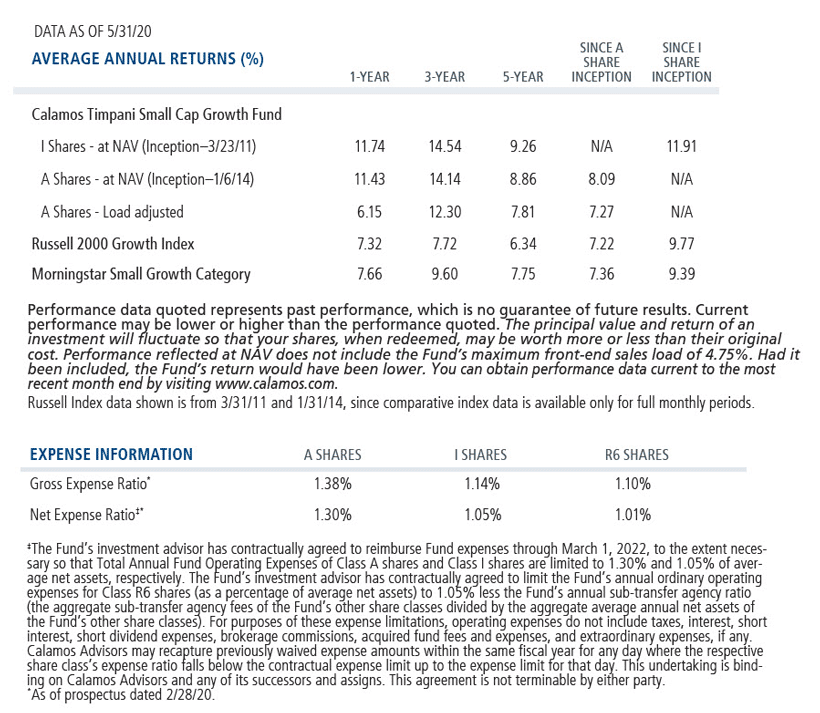 The Russell Microcap Growth Index measures the performance of the microcap growth segment of the U.S. equity market. It includes Russell Microcap companies that are considered more growth oriented relative to the overall market as defined by Russell's leading style methodology.

The Russell 1000® Growth Index measures the performance of the large cap growth segment of the U.S. equity universe. It includes those Russell 1000® companies with higher price-to-book ratios and higher forecasted growth values.