It’s been said that performance dispersion in stock returns presents opportunity to express investment skill. If that’s the case, this is the season for expressing skill.

The dispersion of S&P 500 returns has risen to its widest level since 2009, according to Goldman Sachs Global Investment Research and as shown below. 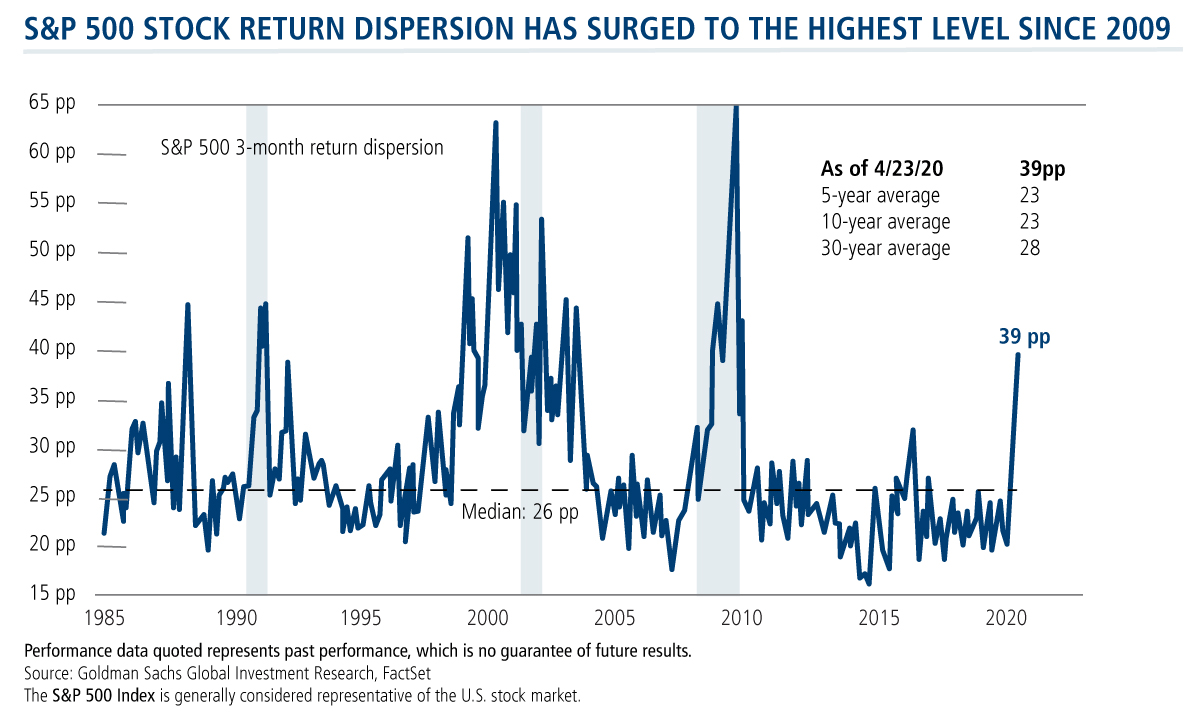 The same is true in small caps, says Brandon Nelson, Senior Portfolio Manager of Calamos Timpani Small Cap Growth Fund (CTSIX). “The year-to-date performance spread between dead weight and winners has been enormous,” according to Nelson. “In the past several weeks, the market has sorted through the rubble, quickly and clearly identifying which companies are well positioned and which are poorly positioned.”

In this environment, the skills of Nelson and the CTSIX team are expressed in the fund’s performance results both during the drawdown and as the snapback has continued through May. 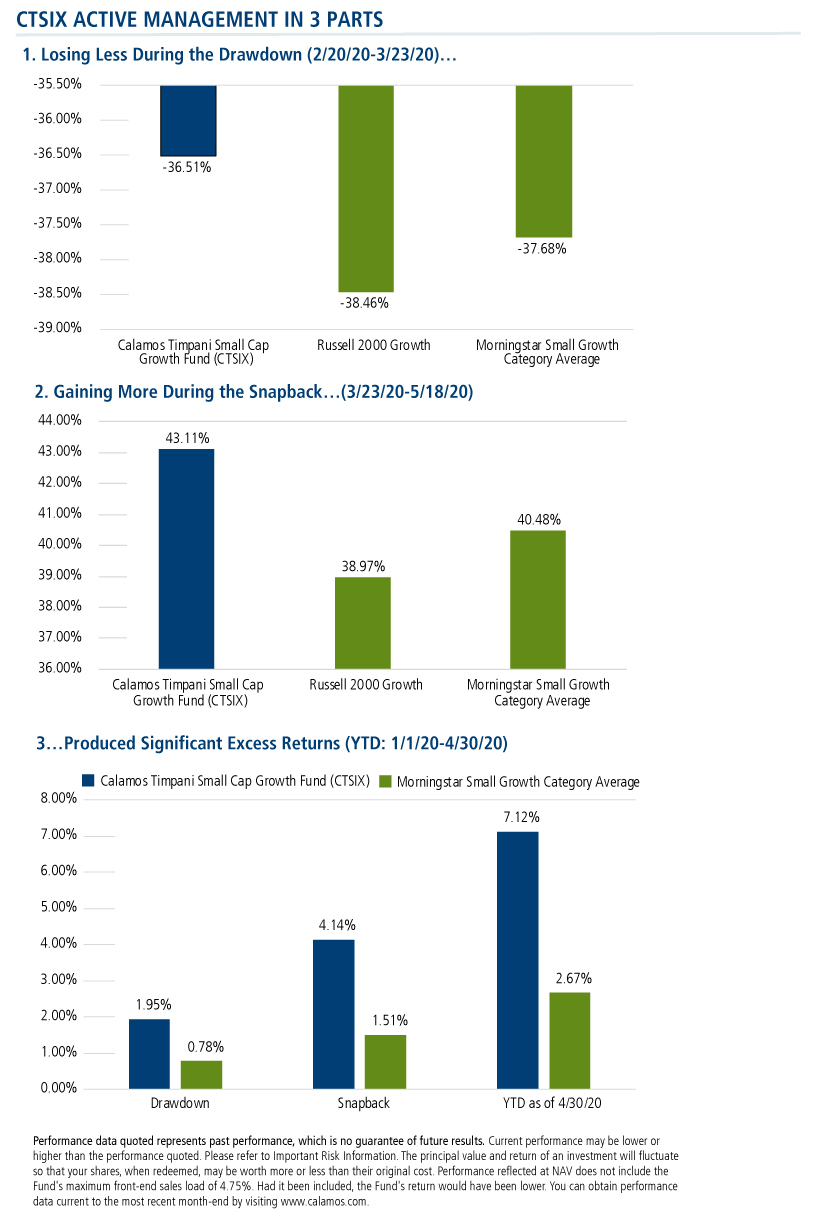 Demonstrated outperformance relative to the index is a function of the fund’s active management. Such a performance gap is inevitable, according to Nelson. “Passive index investing does a good job of getting investors exposure to an asset class, but inevitably gets investors disproportionately exposed to underperforming stocks of companies that have poor fundamentals.” Such dead weight can hurt overall returns.

Note, too, CTSIX’s outperformance versus its Morningstar Small Growth Category peers during the drawdown, snapback and year-to-date ending 4/30/20.

Here are three points Nelson uses to crystallize what he believes are the fund’s advantages:

The Recovery Is Underway

Whether via earnings calls or one-on-one conversations, the first quarter earnings season gave the team unprecedented access to management teams and heightened disclosure, including the progression of trends from late March to early May.

Overall, says Nelson, the theme is that “things are getting less bad.” While not close to 100% back to normal, of course, the recovery is in motion, he says.

Nelson has been optimistic about small cap prospects since March, when he commented on the factors making small caps especially compelling (see this post for more):

Investment professionals, for more information about CTSIX, talk to your Calamos Investment Consultant at 888-571-2567 or caminfo@calamos.com. 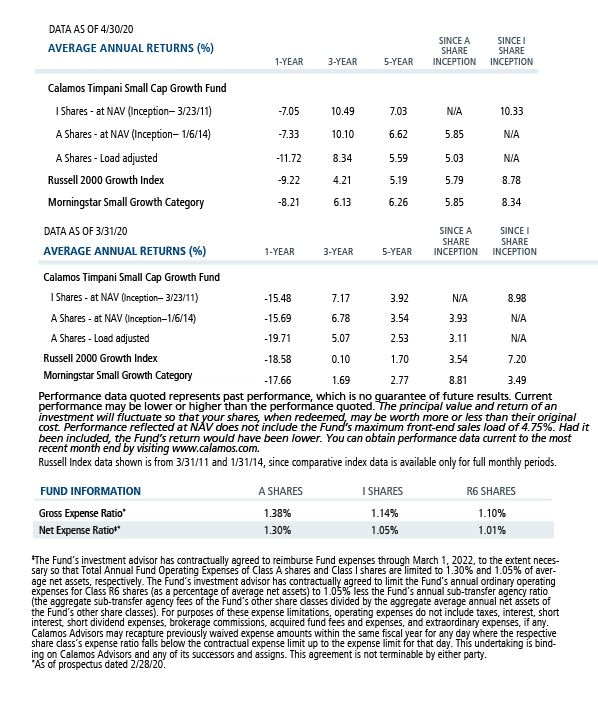